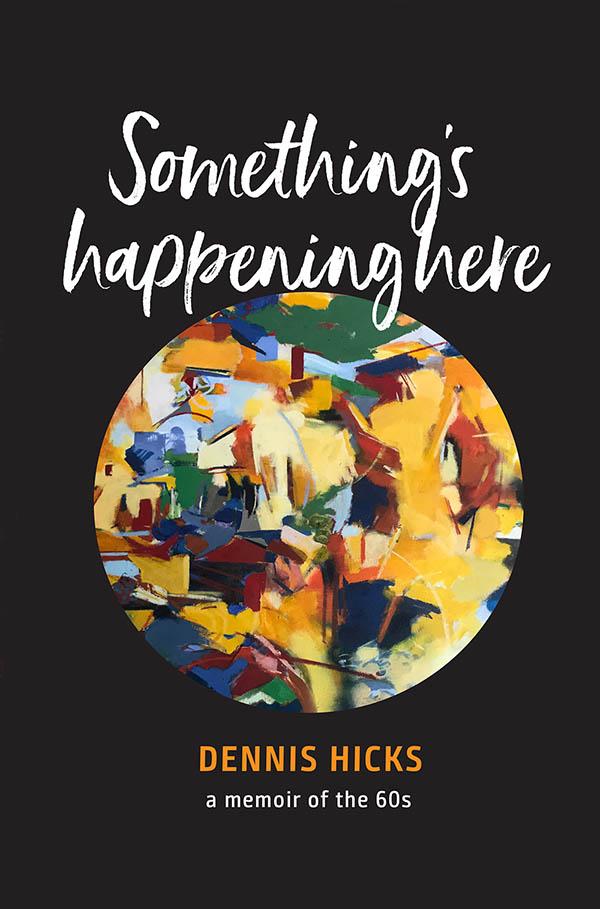 Dennis Hicks was a polite, middle class, Roman Catholic, Republican kid as the 60s dawned in America, but something happened.

The Vietnam War erupted and Hicks’ fight to avoid the draft in 1965-66 triggered a challenge to all his dearly held assumptions about the government and America’s promise of equality.

His evolution into a Cultural as well as Marxist revolutionary will blow your mind as much as it did his.

It’s all there: sex, drugs and rock and roll, including his first LSD trip at the Monterey Pop Festival in 1967.

The story of his making a documentary film on the Los Angeles Black Panther Party is electrifying.

Something’s Happening Here turns the political into something very personal.

Hicks’ memoir is the story of an era that changed America.

I read Hicks’ memoir in a thirsty gulp, more in sadness than in anger. It’s not a nostalgic or regretful reflection on the era, but an engaging reconstruction. It’s a good reminder that it was as much Politics as it was Drugs, Sex, and Rock and Roll, although none of those entertainments are missing from these pages.
Frank, “FJ,” Bardacke, Oakland 7 defendant, and Author of “Trampling Out the Vintage: Cesar Chavez and the Two Souls of United Farm Workers”

I deeply enjoyed reading this unique sixties’ coming-of-age story. Hicks’ memoir resonates with the personal and political issues of the period, especially the US invasion of Vietnam, the fight for African-American civil rights, and the sexual revolution. He was there— and he remembered it!
David James, Author and Professor at USC, Cinema & Media Studies

Arrogant President, endless war, threats to civil rights: sound familiar? Hicks’ excellent recounting of the chaos and wonder of the 60s mirrors our current era. The personal and the political come together in a highly entertaining fashion. This is a moving and thoroughly engaging story for people of all ages.
Jackie Goldberg, 60s activist and former California Assemblywoman